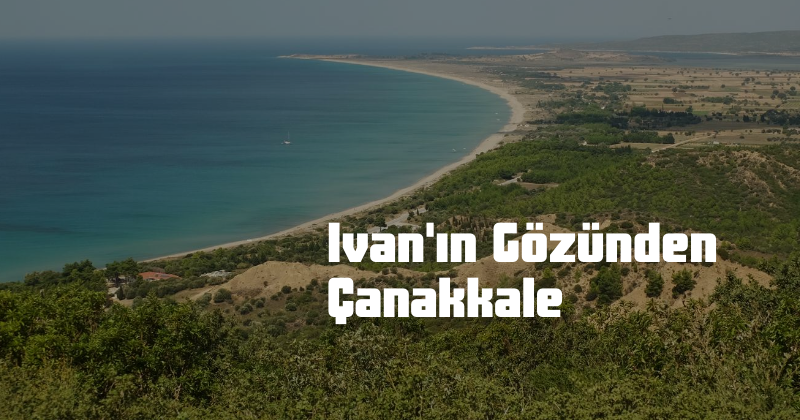 Greetings from Turkey! My name is Ivan and I come from Slovakia. I have spent quite a long time studying, traveling, and volunteering possibly altogether during my youth age. I studied social sciences, particularly sociology, cultural and social anthropology, languages and political sciences in different countries such as the Czech Republic, Indonesia and Turkey. I tried to use all that time with some extracurricular activities if possible. In the summer of 2020, I was a volunteer for the KOZA youth association in Çanakkale, Turkey. My stay in Çanakkale was enriching and inspirational and I hope you can learn more about Çanakkale and places around by my written recalls.

I always like to return to Turkey
Turkey has become a country where I always like to return to. I have visited the country for my very first time years ago, in 2014. I came to Turkey for a short time study term however very soon I have realized that the country offers me more than I expected. In some ways Turkey provides me an easier and more suitable and satisfactory life then Slovakia, my home country, or central European region with which I should be familiar the most and which I should know the most as well. Contrary, some of my friends can say that it is because of my vast flexibility, endurance, courage, and my passionate interest to understand the environment, culture, and people of the place where I currently stay. It is quite easy for me to find my own life rhythm, adjust it o the place, and find some benefits everywhere. Thou, I can show off with my life experiences from different places and islands of Indonesia, Dubai in the UAE, Slovakia and Czech Republic, Yellowstone National Park in the northwest USA, and dozens of places and countries which I have just visited for backpacking. I have encountered many times questions: Why do you come back to Turkey? Why did you choose it for your study? OR Why did you learn Turkish? asked by Turks and foreigners too. Well, to answer the question satisfactorily I need to know the thoughts and ideas of the people which leads them to ask that. I can not claim it with certainty however quite often Turkish people and foreigners look to the country with some kind of prejudices and self-orientalization, as if Turkey would not be a country worth visiting or living in with its own conveniences and drawbacks. Yet, I consider Turkey as an exceptional Mediterranean country with its own Islamic-Orient and Nationalistic-Modern hints. In my humble opinion, it is definitely worth to visit and live for some years, just because one can not feed himself with local natural and cultural beauties and culinarities during one short summer vacation.

I spent almost four years in Turkey, in various cities and provinces where I studied, traveled, and volunteered. Not just Turkey as a country, but also different places here allure me to return. One such place is definitely Çanakkale with its highs which are: the Turkish-Mediterranea genius locci of Çanakkale, the spirit of the town; the thousands of years long history waft from the site of ancient Troy and the legend about greek heroes and their war struggles; the islands of Gökçeada and Bozcaada with their Greek-Orthodox tradition and winery taste; the Gallipoli peninsula and its sandy beaches and forested hills which are breathing with piety and martyrdom of soldiers from the world war one; and the least but not last tasty and fresh food which can be found all over Turkey, especially fresh sea fishes here in Çanakkale and the local dessert and sweet specialty peynir helvası which is made from cheese and semolina.

I have visited the Çanakkale region for a couple of times and for summer 2020, I joined the local youth association KOZA as a volunteer. It was just days before strict traveling restrictions, lockdowns, and quarantines related to the new 2019 coronavirus hysteria and mainstream media supported panic hit Europe and Turkey. However once again, I have adjusted to the place and time and I tried to find as many positive features of it and use new opportunities that arose as much as I could. The restrictions gave the majority of people time. They released us from everyday working duties and focusless dangle between ascribed obligations and engagement. The question: How have you used that time? is well in the place. I tried to use all that time the best as I could, I refused to slow down myself, wait, or empty blame the virus for all things around. In my case, I read books, studied, and spend more time on healthier and perspective everyday habits. I kept in touch with many of my friends all around the world – by old-fashioned postcardss too. I improved my cycling stamina. And I did all of this also to prepare myself and save some free time for the upcoming summer months July and August in Çanakkale.

A day trip to the Salt Lake and Suvla Bay
Every really well spent day full of outdoor activities and also office work should start early morning with the sunrise or possible before it. This time of the day should be devoted to personal purification from the previous day’s experiences, thoughts, and food as well. One should not just brush teeth but clean all the mouth cavity and get rid of all toxins from the mind and digestion, take a fair cold shower and drink some very hot water, possibly a lemon juice infusion, or some tea. Afterward, the new day which was planed the day before and visualized nearly before one fall asleep can start. Waking up, morning routine, packing a day backpack with some provision, sunglasses, and inevitabilities and one with his bicycle can get out on the street sometime after 5 a.m.

For today I have planned a long one-day bicycle trip to the Salt Lake and Suvla Bay on the northwest of Gallipoli peninsula close to Büyük and Küçük Anafarta villages. All those who visite the main World War One battlefields memorials on the top of Chunuk Bair and look to the northwest can see waste flat land, a lake next to the seacoast, and a long sandy beach, one of many used for ANZAC forces landing in 1915. This time I have decided to reach the bay for the very first time by my bicycle. My plan was to reach a very fine beach before noon, spent a couple of hours in a shadow on the beach, cool down in the sea, and head back to the Çanakkale town for a dinner.

In the beginning, I had to get a ferry to cross the Dardanelle strait at the very best time of the day, during the sunrise around 6 a.m. when the sun comes out from behind hills of the town while the ferry boat heads to the northwest ports of Kilitbahir or Eceabat. A moderate breakfast on the board of the ferry boat heading away from the sun has its own energetical charge, which continues during the bicycle ride between fields with sun oriented sunflowers. It took me less than an hour to reach the coniferous forests of the battlefield sides and ANZAC Cove Commemorative site. In about another hour, I passed C and B beaches and reached to the Nibrunesi point/Küçük Kemikli Koyu, what is south point demarking the half-circular Suvla Bay together with the Suvla point/ Büyük Kemikli Koyu at the north. And in about another hour, I bypassed the Salt Lake around and grounded my bicycle to sand dunes of the Suvla Beach coming from the north side.

All of the local beaches such as Kangaroo Beach and A Beach or just Kemikli Koyu in Turkish are very fine with white sand, shallow sea entrances, and without any excessive touche of human presence. The lands around are used for farming and the main war memorials are some kilometers to the south, thou uncomparably small amount of people come to swim in the bay. I would consider the Nibrunesi beach as the most hidden and overlooked beach in the area. One needs to reach the point and then follow a narrow path up to the hill and then climb down by rocks to the small, rocky-sandy beach with superb privacy and almost virgin environment.

The whole northwest coast is sown by small concrete-made outposts intended as defense line during the world war two. Those concrete squares have remained there until today, never used, disarmed and many times locked. They experienced the power of time and nature. Eighty years of tectonic moves, earthquakes, landslides, land and air erosions have left them as slowly diminishing memoirs sliding down from hills or sinking into the sand and sea. Many times they reminded me scenes from the Planet of the Apes movie, just because one can see how even a concrete material can be swallowed and milted by natural processes.

Those concrete squares were never used as the WW2 never really touched Turkey. However, one of the outposts, the very one on the southern edge of the Suvla Bay was changed to a simple beach villa by a retired furrier Metehan, who came back from İstanbul to the village of his ancestors as he got old. I spent with Metehan the sunniest part of the day between 10 a.m. and 2 p.m. as the sun was on the highest point of its ascent and the bay is almost without any three-shade. Metehan spends summer months here in the countryside by enjoying the beach and sun, reading books while resting in his hammock in the outpost shadow. As he is already retired, seasoned, well experienced yet a simple man of the folk who has got enough time to think, compare and reflect on conditions of Turkey and social life of Turks which we discussed together. Indeed, it is the old generation of Turks as Metehan is which still remembers by heart the Ataturk’s principles of the nation, which still spends time book reading and which is disappointed by not only the moral but also intellectual malversation of the present times younger generation.

As time has passed, after a cup of coffee, simple shepherd lunch, glass of red wine and lunch talk with Metehan, I took another dive to the crystal clear sea of the Suvla Bay a headed back to the ferryboat port beside the coast where ANZAC troops has debarked about 105 years ago. On the way to the bay, I have stopped at the scenic Green Hill Commonwealth War Graves Commission Cemetery which is some kind smaller version of the storied Lone Pine Cemetery on the hills of the national park. Because, I returned back by a shortcut between local tomato fields and the Salt Lake showed me by Metehan, I did not pass any other memorials of the area. The shortcut has gained me an hour of the day which I used to stop at the Kocadere beach for the last one sea swim of the day, this time with numerous families and people spending a day at the coast.

I finished my almost 60 km bicycle day tour by a slow ride down to the south in the Kilitbahir port, where I took the boat back to Çanakkale before the sunset. 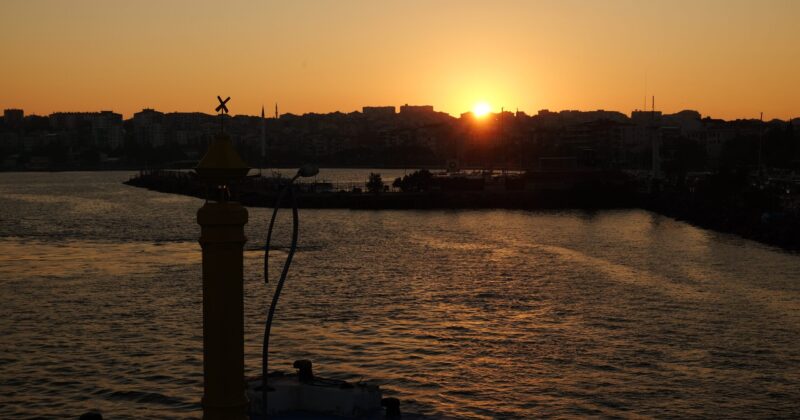 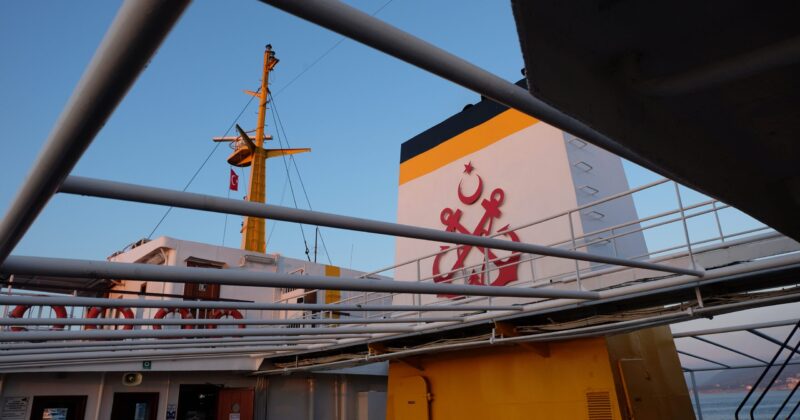 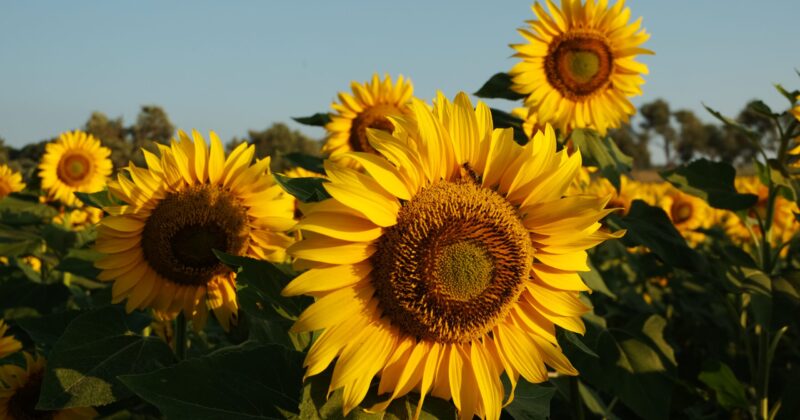 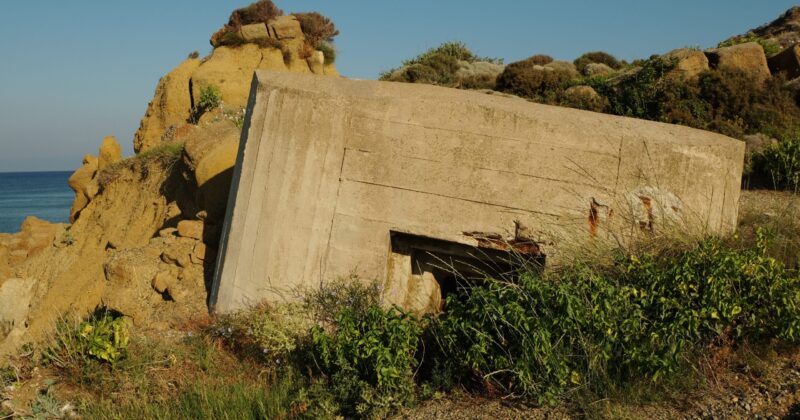 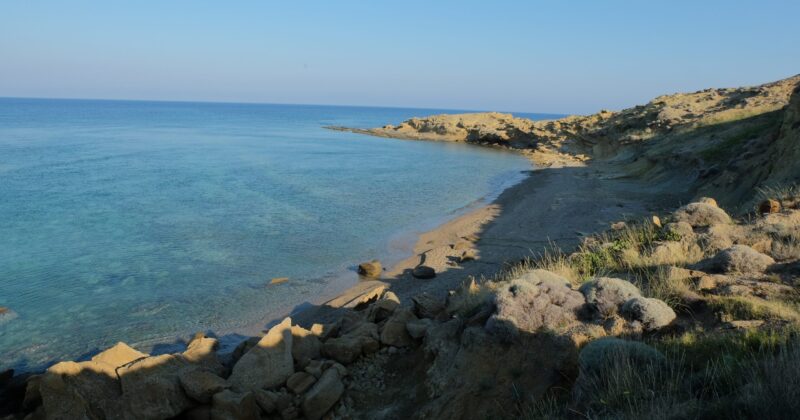 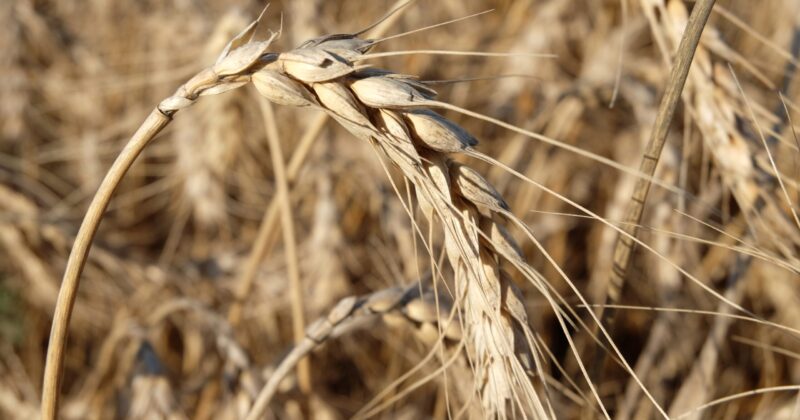 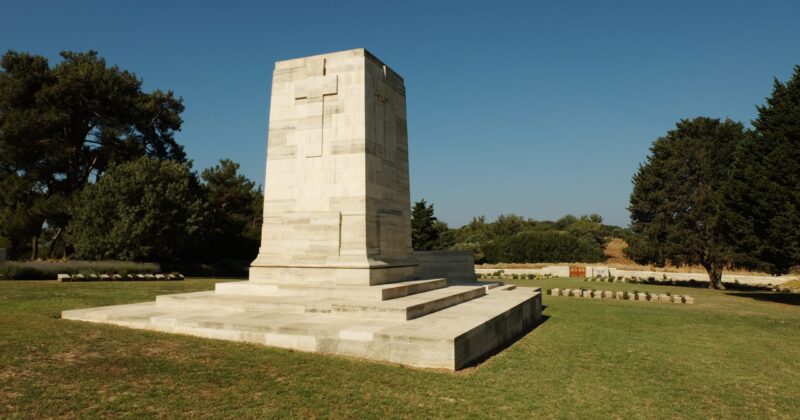